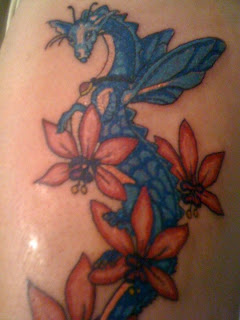 Up for college as usual, only difference is today I was all smartly dressed for my interview for the higher national diploma course at my college. Although it is a BA course and our college is also recognised as a university, I don't think I'll feel like I've moved on if I am doing my degree level course in the same building I've been doing my National Diploma in for two years! I just wnat to know the option is there shoud I feel it is the best place for me to study at this level.
Got into college, where most of my friends were also all smartly dressed for their interviews, all also carrying portfolios of their work. I had to panic slightly, the letter inviting me for an interview said nothing about bringing a portfolio to show some of my work. I did spent most of the day wondering how this might affect my chances. Of course my interview would be later than everyone elses just to give me more time to worry. Everyone came back from their interviews all happy saying they'd been offered a place. I can't honestly say how I felt about what would happen in my interview after this, I was very happy for my friends, but it felt like I couldn't be really excited for them until I'd got my interview out the way. I know looking back that feels really bad of me, but I was so worried as I didn't have any work with me to present.
I quietly sat and got on with my drawing until it was time for me to go in. When my turn came who would be my tutor next year if I went back, Georgia, came to get me. I quickly explained that I didn't have much with me to show but grabbed a few of my most recent work that was still in our room. We went to where she was conducting the interviews and she did the paperwork that was necessary to process forms of the interview back into the ucas system. When it came to showing her my work I explained how the letter had said nothing about ringing any work in, also that as I've been in the process of moving out I have work andsketchbooks all over the place, some at mum and dads, some at my house, and that I'd only found out this morning that I was supposed to bring work in, and I apologised for not realising. She was really good, and took into consideration my personal circumstances and she did admit that we'd only got the letter a week ago so she totally understood that it wasn't that long to get a decent portfolio together, especially since I told her all my other offers I didn't even have to have an interview! She offered to give me an extra week untill next friday to get a few bits of work together and bring it in to show her, she said she'd hold on to the paperwork until then. I think that was the first time I'd breathed properly for hours!
A little while later Fia came to see me after her driving test, brandishing her pass certificate! I was soo happy for her! Made me know I want to start my lessons soon! Its going to be so cool with her driving about, bless her. She was still in shock an hour later! I had to leave early so she could drive me home but it was so worth it to see her driving about. Shes well proud of herself, I would be too passing first time! Go Fia!!

After Fia dropped me off I got in to find mi brother there bored out of his skull as he has still been off work. He asked me if I wanted to have a tattoo as his friend was supposed to be having one earlier and had changed their mind after having the stencil put on! I'dhad an idea of what I wanted for a little while so this was a really nice surprise! Seeing as mi man had a day off work today and wasn't going to be waiting to bring me home, and was busy I knew it would be ok if I left it a few hours before heading back. This was my 12th tattoo I've had since last August when I had my first design, and this was also my first colour one. I was being all brave saying I didn't care if it took hours I'd sit for it, how silly that was! The first few hours were fine, The third hour hurt a lot, going over and between darker colours with lighter ones and the shading, but the last half an hour was so painful I don't know how I dealt with it!
My dad was downstairs waiting to drop me back home, and heard me yelling that I wanted my mum, and came up to laugh at my pain, him and mum both really liked my new tat.