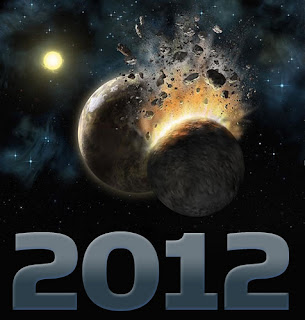 I was trying to get my research for my new project in order for most of the morning. The majority of projects I've done so far usually are in sketchbooks in which my brain has just burst onto the first few pages and the rest of the book will be trying to make sense of it! Not playing like that this time, from my initial 'mind map' (not allowed to say brainstorm anymore did I mention? Its apparently offensive to people with..Something I've forgotten!lol), anyways, from my ideas I put a page for the order of research. To make sure it stays in some kind of order. The problem was as soon as I start researching ideas, they get developed into something slightly different making the order even more hard to follow. I researched lots of information on the Mayans 'supposed end of the world' 2012 predictions. Some crap about religions and then I found this,the good person test! Ha! Just have a look at it when you can, it was coming up to my break time so I thought I'd have a laugh. If you play along and say yes to the first question and then answer no to any of the questions it basically guilts you into saying yes to every question and then tells you your going to hell unless you repent and become a bible bashing god botherer. I think I'll pass thanks. I was quite miffed for any weak minded people who might actually be silly enough to fall for or believe this crap. Don't get me wrong, everyone is entitled to do and believe what they want-within reason- but they don't have to scare or guilt trip others to join them in their eternal waste of time! Besides if God does exist, which he may, but we'll never know; one, he'd want us to be happy, two, he wouldn't want us to be scared or think that the worlds going to end every other year.
So off track then sorry about that, 3,2,1 back in the room. After lunch I awaited feedback from my art history lecturer. Then I wished I didn't shortly after getting it, it turned out that one artist, Joseph Solomon, that the majority of online sources consider to be a neo-classical artist, apparently isn't at all. So a good part of my essay was apparently inaccurate, that ticked me off a bit! Such is life, I'l just have to edit that bit so I can get my distinction, Think I'll want it to get into uni comfortably. Bloody artists and their silly bloody movements.
In other news my brother came to play poker with us tonight, it was really fun, I was almost winning at one point, but soon enough we got to a point where dad wiped the floor with everyone, and had to have a gloat! Was still funny.